A short explanation on how Trailing Stop order works on WunderTrading.

Written by Ben Ross
Updated over a week ago 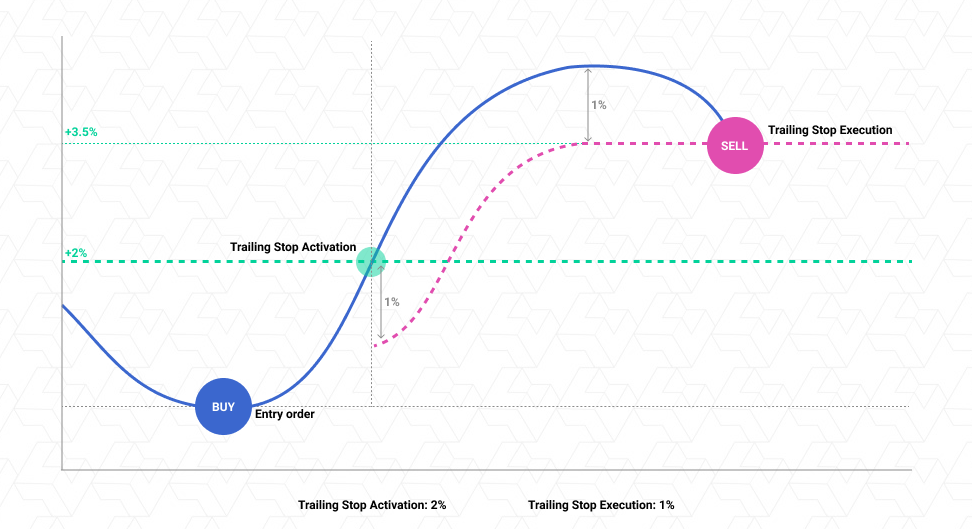 The first determines the level after which your trailing stop becomes active. The second parameter is the actual trailing stop.

To activate the trailing stop the price need to reach the activation level first, which means that the price has to go in the direction of your trade for the % that you input in the activation price field.

Did this answer your question?